Date Night (To be followed by the post about Pub Quiz)

On Saturday (November 6th) Bob took me out for date night.  There's a place down the street that I'd been wanting to try.  It's called, Yakexi, and I had thought from the exterior decor that it was an Indian restaurant.  It looks like a mini Taj Mahal, and there's always yummy things being cooked out front over a little burner.  It turns out it's really a ﻿Xinjiang cuisine, which is a regional thing, like Shanghai-nese, Hunan, or Sichuan.  It was really good, we're definitely going back.  We had yummy lamb in curry spices with toasted chunks of bread, it was definitely our favorite dish.  We've also discovered a wonderful dish that we love soooo much, it's a potato dish that's comprised of shredded potatoes in a kind of vinegar and chili sauce.  We could eat it for every meal.  We also had an awesome caramelized banana dish at the end of the meal, and it was sooo yummy, it would have been even better if there had been ice cream.  :) 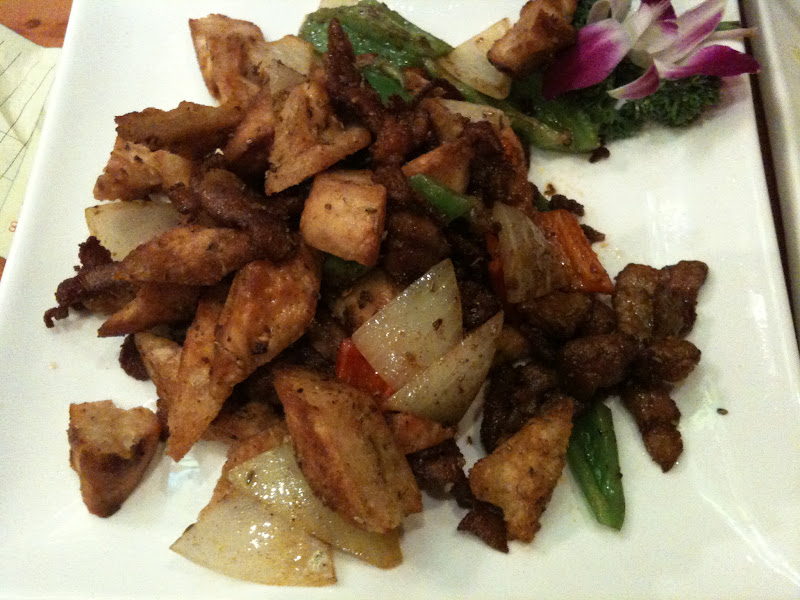 The inside of the restaurant: 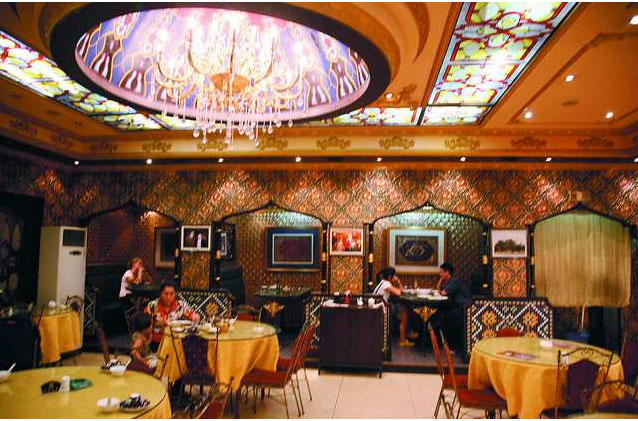 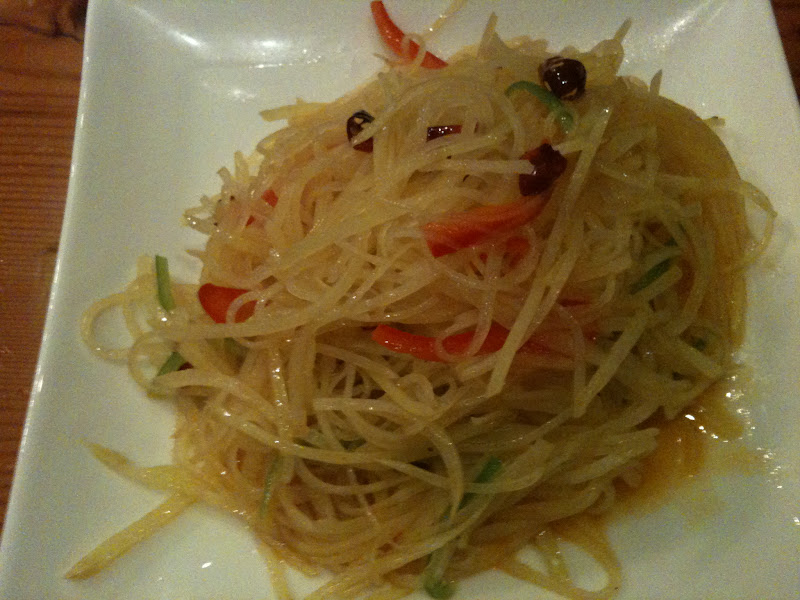 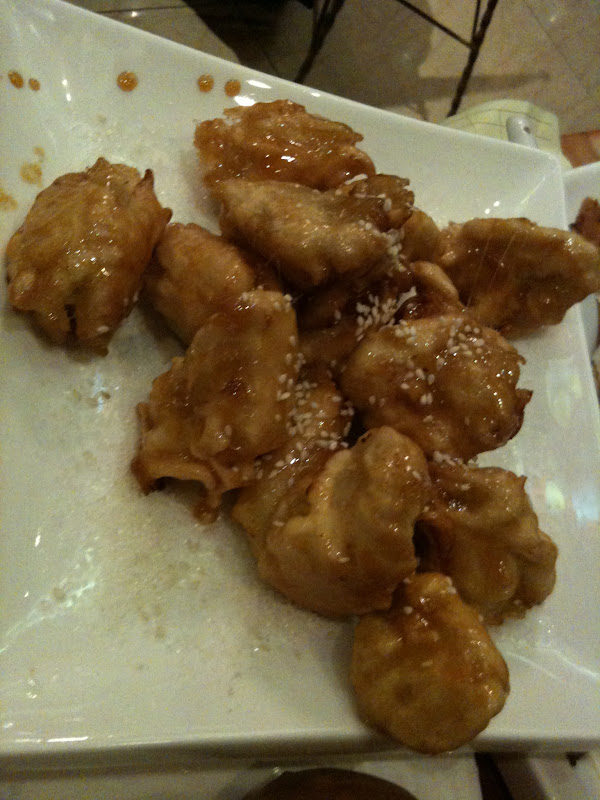 After dinner we walked to a Pirate Bar I'd read about.  It's called Rhumerie Bounty, and it was opened by some French guys this summer and is a Nautical/Pirate Themed Bar.  It's pretty rad, it's like walking into an old ship, and all the drinks are rum based, there was even one called  Bobojito, sadly we didn't try it.  I did have a really great cocktail called a Shanghai Breeze, and Bob tried a couple of the coffee and rum concoctions they have.  We'll definitely be going back because it's so close to the house and reasonably price, plus, it's a pirate bar!

Behind the Bar at Rhumerie: 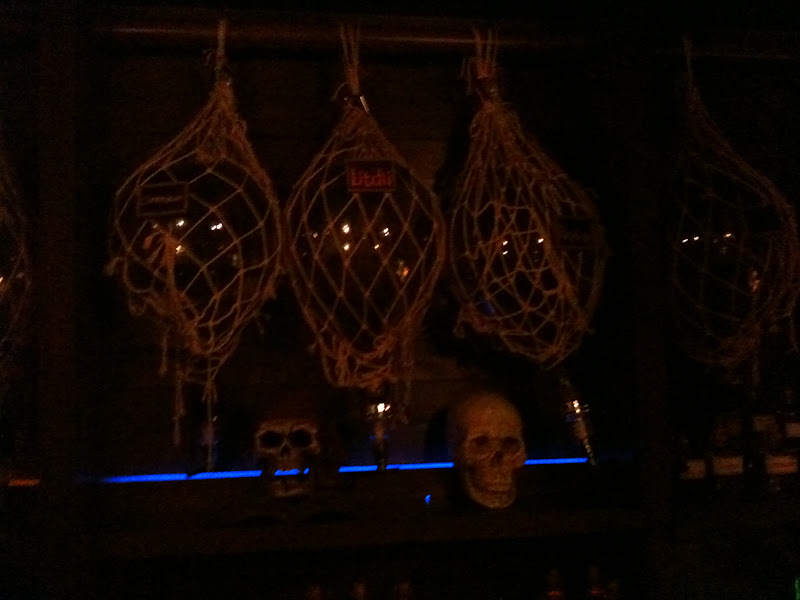 The next day we slept in, because it was Sunday, and that's what we do :P  and headed off to the Boxing Cat Brewery for brunch.  We had thought that because Boxing Cat has such an excellent dinner menu, and the food is so good that their brunch would be the same.  Sadly, we were mistaken and brunch was only okay.  Bob had the eggs benedict and I had the breakfast burrito, both were only so-so.  We'd really gotten our hopes up about how awesome it was going to be, so it was sad that it was no where near what we'd been expecting.  We did enjoy a lovely walk towards home afterward, which is where I got this excellent picture of Bob: 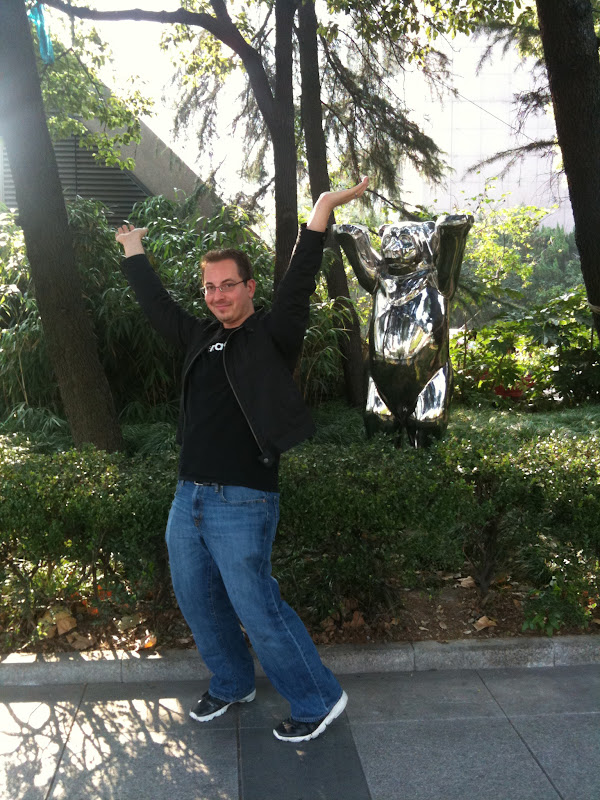 And a picture of me conquering a small fountain area: 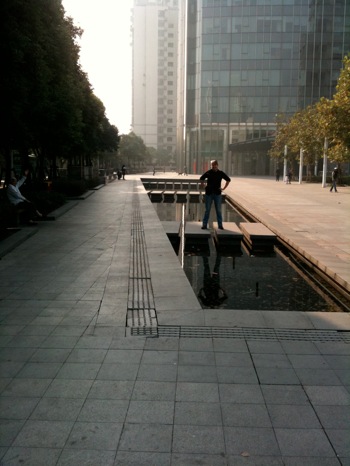 We stopped by the big Jing'An mall area on the way home for groceries, and banking fun, and then spent the rest of the day lounging about and taking care of some work.  For some reason I had a terrible headache so I really did some lounging.  Bob was awesome and eventually ordered us a yummy dinner.  He takes excellent care of me when I don't feel good. :)  We went to bed pretty early because the next day we knew we'd be up late for....Pub Quiz!!!!  Yes, even though Jay departed we are still participating in Pub Quiz, we have to keep the dream alive.