On August 25, 2012 we adopted Izzy.  She's our little jack russell terrier mix.  My little destroyer.  She has broken, eaten, destroyed more things in our home in the last 3 months than Ramsey has done in over a year.  But I love her, she's my puppy-cat.  She's about 20 pounds and she loves to snuggle with me. 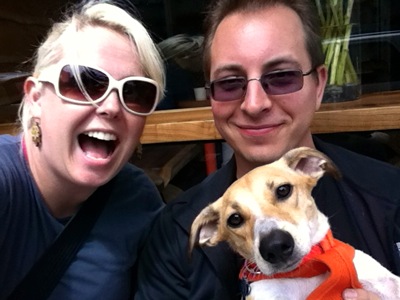 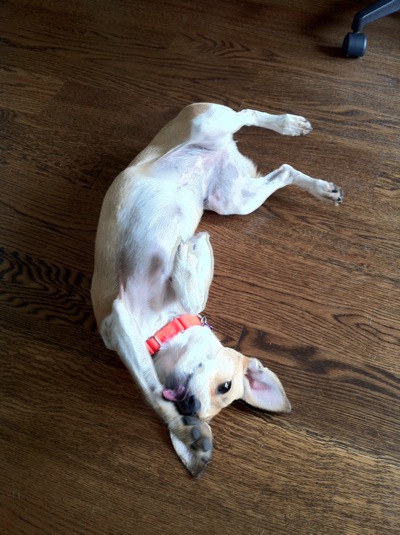 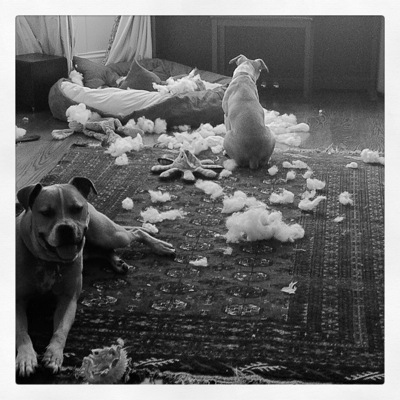 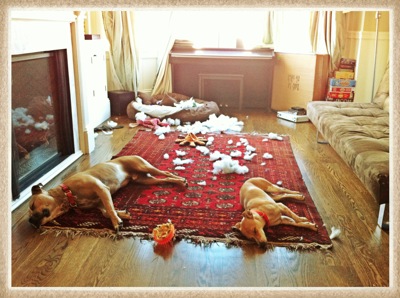 Ramsey and Izzy get along pretty good, and they both love sleeping on the bed, so we're never cold.

Posted by Margaret at 9:41 AM No comments:

The end of the affair in Moscow

Upon our return from St. Petersburg we made a plan for all the things we wanted to make sure we got to do before leaving Russia.  I had read about a part of Gorky Park where all the old Communist Statues have been placed.  I  thought that sounded pretty cool, plus I'd seen a picture of a gigantic Peter the Great Statue involving a boat.  This giant boat to be exact: (The church to the lower left is Cathedral of Christ the Saviour - more on that shortly.) 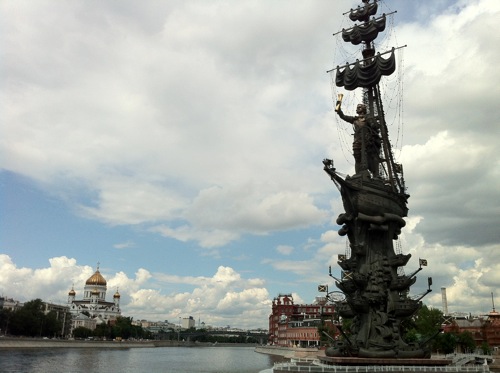 We had a great time wandering around in the park and looking at the old statues: 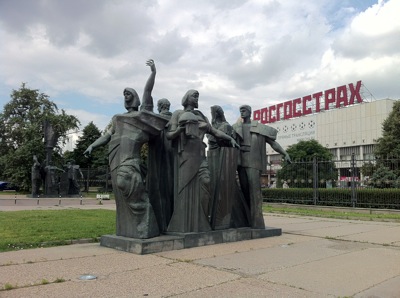 We headed over to inspect the Cathedral of Christ the Saviour after getting our fill of Communist Statues.  We'd also been told this was an absolutely gorgeous cathedral and that we absolutely must visit it, so we did. 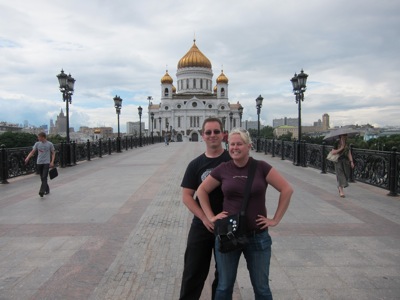 We weren't allowed to take pictures inside, but it was very beautiful and it's gigantic.  We actually had a hard time figuring out how to leave.

I found an awesome evening river cruise that included dinner, and I though, "what better way to see Moscow by night?!"  So I signed us up, all three of us, Jameson included.  We had a nice dinner and a lovely cruise through Moscow. 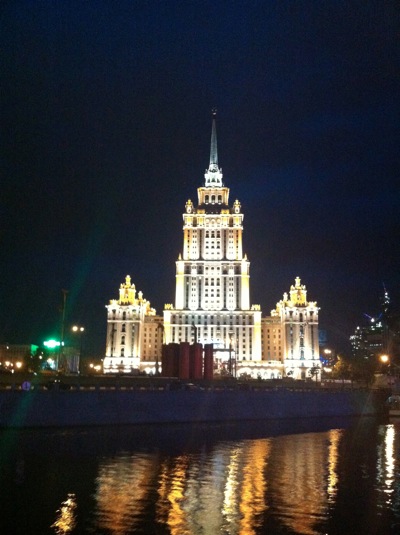 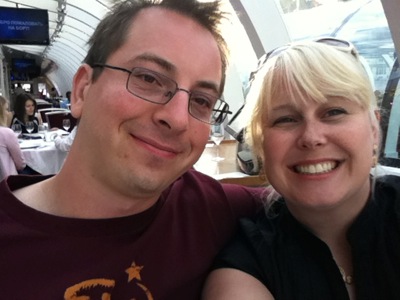 We partied with Kirill at a place called SoHo Rooms that had what they call "Face Control" - if you aren't pretty enough, you don't get in.  So we were all extra sneaky and made dinner reservations there early so we were already inside when the place turned into a club.  The place was huge!  The dance club was in the basement, and there were lots of scantily clad women dancing in sparkly bikinis. The restaurant was on the middle floor and then there was a roof terrace with a pool.  Like I said, the place was huge.  I made Kirill have his picture taken with me because we were both super blond. 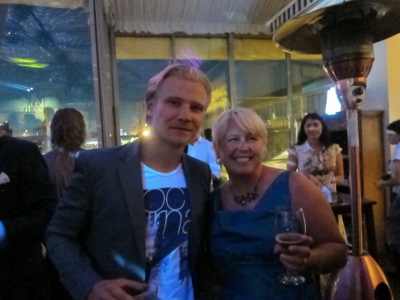 The next morning we were lazy and ended up just going to a giant market.  And eating and drinking, of course.  We went to the Izmaylovo Market to pick up souvenirs and extra knick knacks for friends and family.  The place was amazing, it's a shoppers, bargainers paradise.  Stall after stall of beautiful clothes, toys, souvenirs, etc.  At the end of the market is an area that's more like a flea market.  We spent a few hours just wandering around and touching everything. 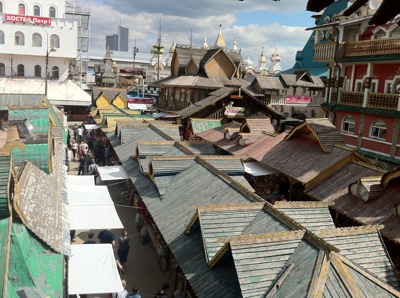 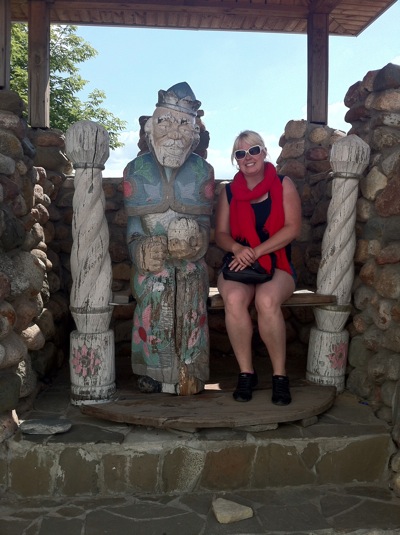 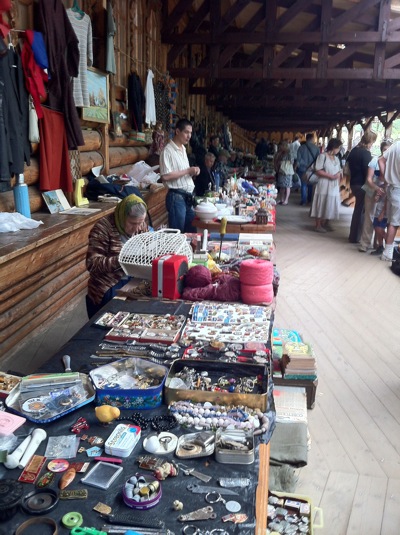 Afterward we were parched... 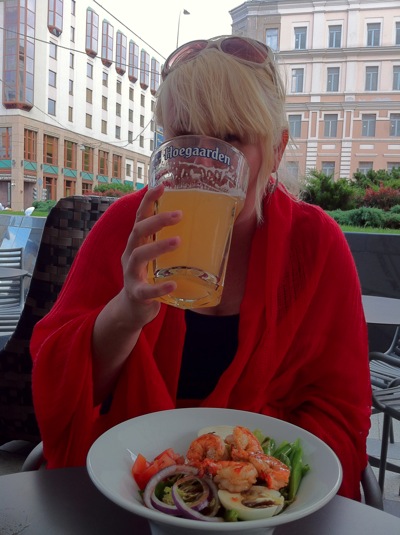 On our last night in Moscow we stayed downtown in the beautiful National Hotel.  The hotel is right across the street from Red Square, so we were able to go wander around at night again and enjoy one last look at the awe-inspiring architecture and soak up the history.  We decided we'd be fancy and had a lovely dinner in the hotel's restaurant. 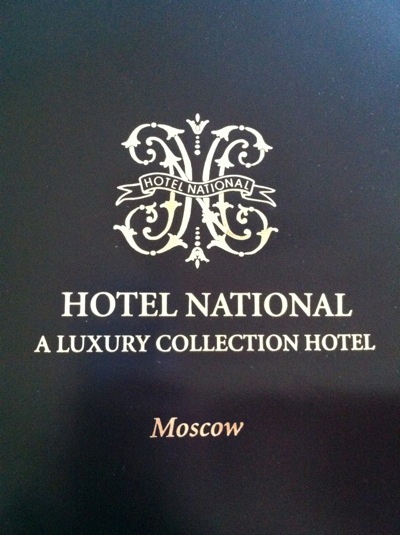 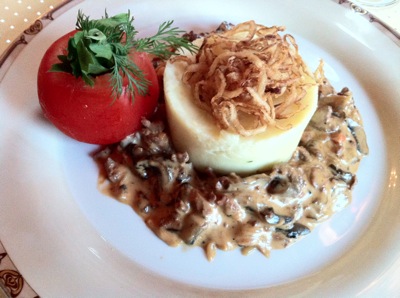 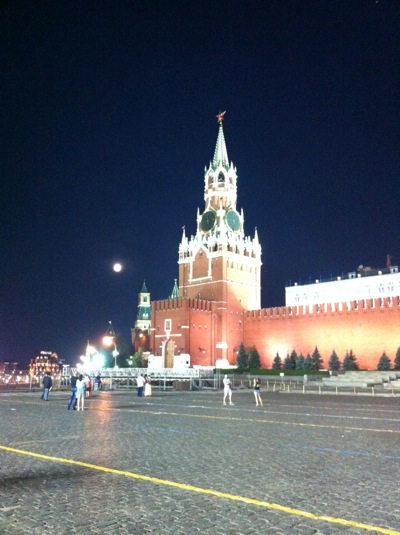 It was a lovely evening.  Unfortunately the next morning and the plane ride home, was not.  We had food poisoning!  We believe the culprit was my beef stroganoff, pictured above.  It hit me first and our whole plane ride home was misery.  We were both sick for a little over a week.  It was the worst way to end a trip.

But, we had a wonderful time and can't wait to go back again! 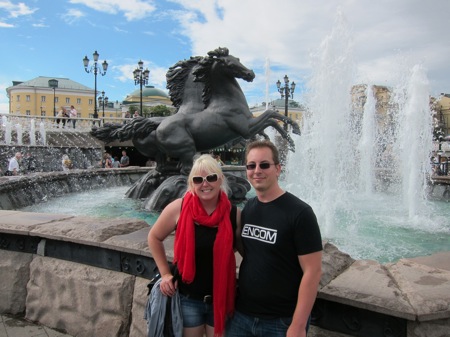 Posted by Margaret at 9:29 AM No comments: