Bob and I were super lucky because Jameson (Bob's co-founder) knows some amazing people in Hong Kong and he hooked us up nicely for New Years.  We met some really great people and had a wonderful night.  We met: Patrick Lee (co-founder of Rotten Tomatoes and AlivenotDead), Simon Yin (aspiring director of "Supercapitalist"), Derrick Fong (also an aspiring director), Dave Lo (ILM genius), Keith Lee (co-founder of Booyah) and so many other wonderful people.  It was a really great night.

We all met for the first time on New Years at Blue Smoke BBQ in Lan Kwai Fong, which is the ex-pat area of Hong Kong, for Tur-duck-en.  Yes, we had a chicken, stuffed inside a duck, stuffed inside a turkey for New Years and it was delicious.  There was also jumbalaya inside as stuffing. As sides we had mac n' cheese, mashed potatoes, black eyed peas and lots of other wonderful treats. 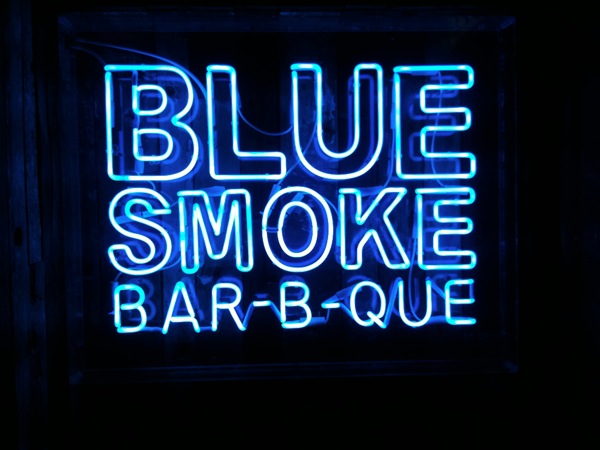 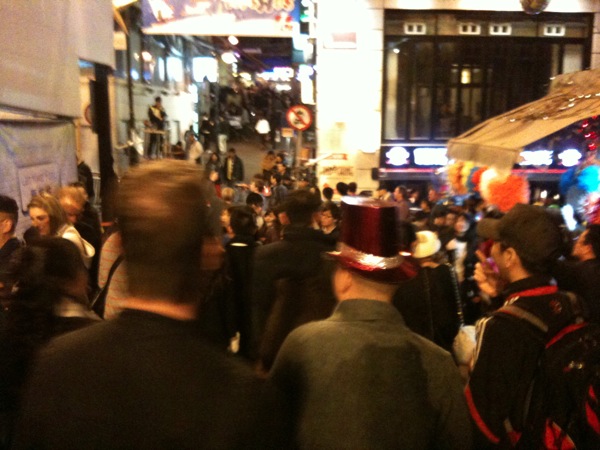 After dinner we went on a journey to the New Years party, we were like a little parade.  We had to take the metro to the other side of the river (luckily it was the side our hotel was one making the journey home at the end of the night easy). 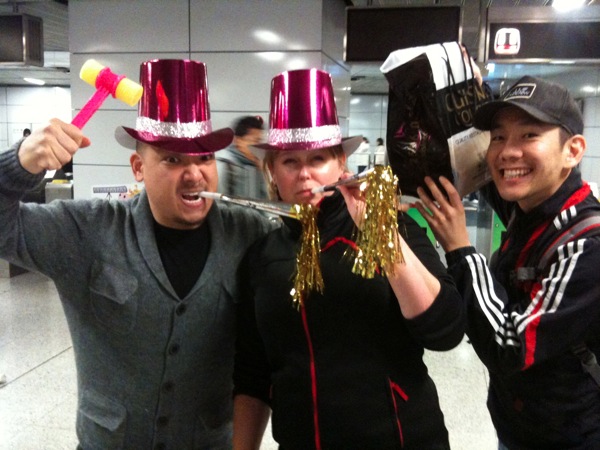 We had a great time, and loved hanging out with our new friends.  We didn't stay out too late because we'd been told there would be more fun the next night, so we made our way back to the hotel around 1am.  All the streets were closed to traffic it was just a huge mass of people everywhere.  We swam through a river of people to get back.

The next day we actually had a lunch date with a nice guy that Bob knew via Twitter.  Stewart J. Mackenzie, and his lovely family are living in Hong Kong and loving it.  We had lunch at a cute little restaurant with a roof patio.  We had a wonderful New Years Day brunch and had a little tour of the area.

And then that night was crazy.  It was like being back in college.  We met up with the New Years crowd at a place called Racks, a pool bar/lounge and were out until around 4am.  It was like being back in college because it reminded me of all the Fraternity parties I'd been to, because we played flip cup and beer pong.  People were all over the place, they were jumping around and it was ridiculous.   I wore my awesome Captain America shirt that night and Patrick showed up in a Batman shirt, and a friend of his showed up in a Joker shirt, we were repping the comic books pretty good. :)  I will not be posting any pictures as I think people would prefer that I don't.  Let's just say someone, not me or Bob, was taken home in a cab by friends because they were ridiculously drunken. :)

And that was our last night in Hong Kong, and man was it fun.  I would happily go back to Hong Kong to have fun with these guys, they take good care of you and treat you like they've known you their whole life.  Don't worry, we're all Facebook friends now so we can keep in touch.

And that was our Christmas and New Years.  Stay tuned for the Adventures with Jay and Staci!