Maui! Day 3 and 4 (The Road to Hana, AKA how we tried to fall off a mountain)

We were feeling extra adventurous on Saturday morning.  We got up early again, and decided that our time would be best spent driving the circumference of Maui.  As I said, we were feeling extra adventurous.  As neither of us really had a guide book, or the inclination to look anything up, we simply picked up a map and decided the following:  We would drive clockwise from Lahaina around the island and then go to Haha which we had heard had amazing pools that must be seen.  We though, "yes, this is what we will do today, we will see ALL of Maui."  And so began a very interesting day.

I should go ahead and mention that Bob just got his new driver's license after having gone without one for the past 9 years.  (He turned 21 in NYC and hasn't really needed a car since.)  Anyway, Bob has a new license so he wanted to drive and I was more than happy to let him because that meant I could enjoy the scenery and take lots of pictures of the things we passed.  Perhaps I was naive because in my mind I imagined that all the islands of Hawaii were surrounded by beach land, this is not the case.

Our journey started easily enough, we were on a main highway and passing through residential areas and could still see the ocean and the awesome beaches.  The beaches turned into rocky cliffs and we drove through some lovely wilderness.  Then as if out of nowhere it was as if we were transported to what looked like the coast of Ireland before anyone lived there.  We were seriously driving on a one lane road, that was supposedly going to accommodate two lanes of traffic, AND this road was on the side of a cliff.  Needless to say, we were a little stressed out.   We were quite pleased to make it back to civilization after our journey.  As an example of how the driving went, we drove 18 miles of crazy one lane road, and it took us over 2 hours.

The views were of course beautiful, and when we were not driving along cliffs, we saw a lot of lovely green rolling hills. 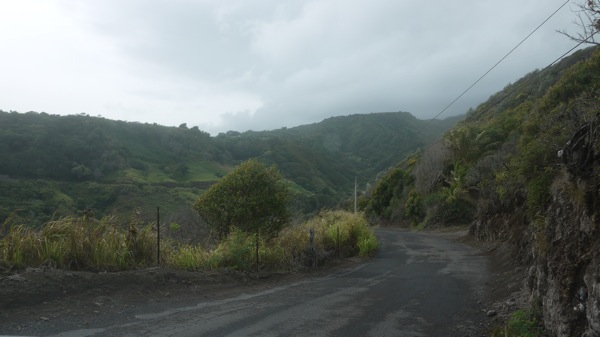 There were plenty of signs like the one below.  According to Bob, there are approximately 51 one lane bridges on the Hana Highway, which is the road we took on our excursion out. 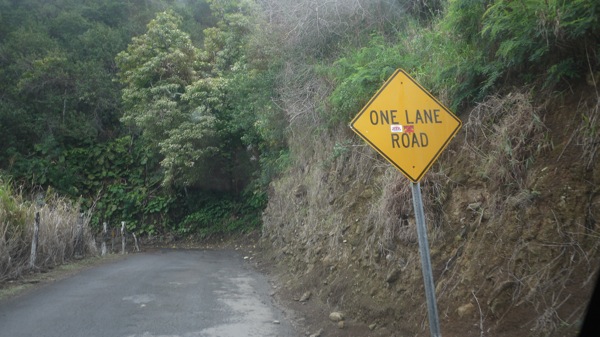 We found the Garden of Eden! 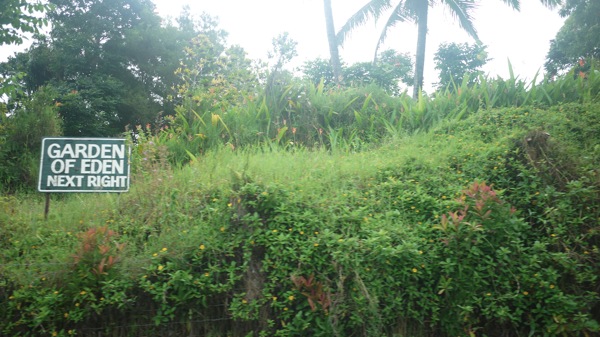 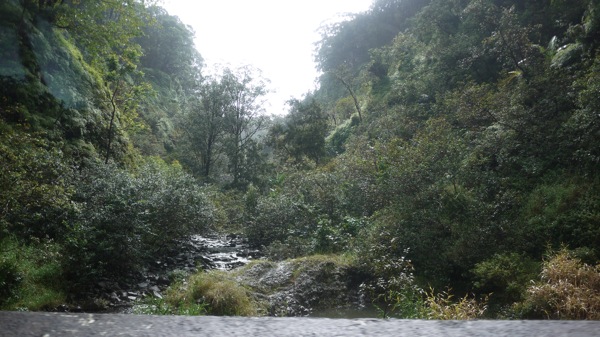 Our awesome Jeep.  We got it dirty driving all over the island in the dirt. 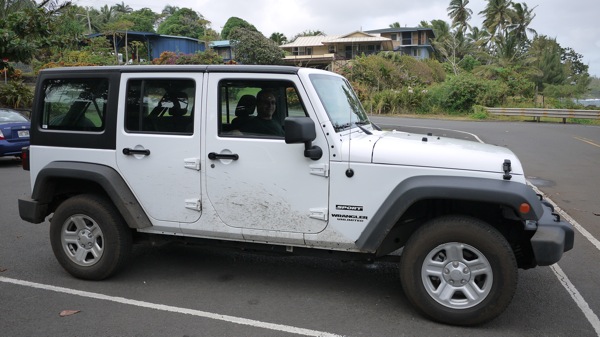 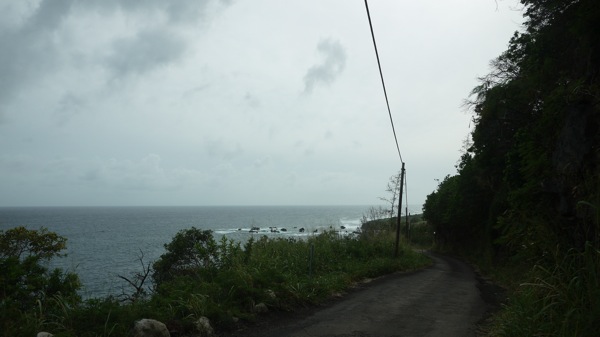 We left our hotel at about 9am and returned shortly after 7pm.  It was a long day.  And we were really really lucky because after we had gotten back to civilization and were no longer on a one lane road we stopped to get a soda and a gentleman asked if we were driving the white Jeep because the back passenger tire was losing air.  We ran outside and could actually hear the air leaving the tire.  We ended up calling Hertz and they sent a nice guy from AAA out to help us.  (It only took an hour, nice!)  And then we headed on our way back to the hotel.

After our exciting day of driving, we were exhausted and had dinner at the Westin.  It was only okay, i don't think I'll do a write up about it.

The next day we woke up and leisurely got our things together, and discovered our flight had been delayed which turned out to be amazing because we were able to check out Mama's Fish House for lunch, and it amazingly delicious.  There will most definitely be a write up about the food.

I had a great time in Maui, and can't wait to go back and add even more fun and adventure to my life.  I think we'll skip the Hana highway in the future.