We recently discovered that the air conditioning in the guest room doesn't work. We were going to get it fixed, our good friend Eric who helps us translate everything is currently in the hospital due to appendicitis, but it just didn't happen. We have our awesome co-worker, Richard, coming out to stay with us for a little while starting Sunday night, so I thought he'd want tobe comfortable and not swelter to death in the guest room. Until now the AC not working hasn't been an issue because I just keep the door open and things work out perfectly. (I use our guest room as my office.
Anyway, I went to the massive Japanese mall downtown because I knew they'd definitely have one, and it's easily accessible via the metro here. So I walked to the metro station in my new shoes, they're super cute, I got them just the other day for about $12US. On a side note, the weather was great today, it was still pretty warm, but it cooled down enough for me to wear my jeans with out wanting to die AND my hair has gotten just long enough to pull it back in a ponytail, finally. I hate when it's sticky outside and I can't keep my hair off of me. 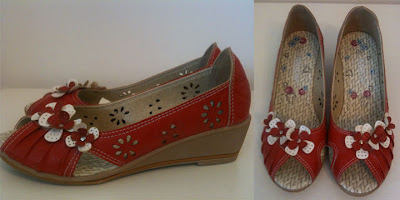 So I stopped by the milk tea place in the mall first, because I can't help myself, I love bubble tea. My mom and dad know this as Bowba, because that's what I introduced it to them as, and my friend Kelsea introduced it to me like that. It's a sweet drink with tapioca balls in it. It's delicious. More about the milk tea on the food blog. I got my self a regular milk tea with small tapioca balls, called sago, and then went for a wander before going to buy the fan. 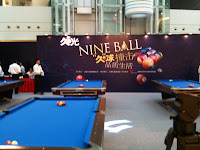 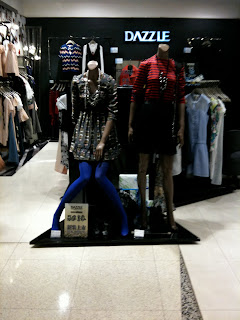 I did some more wandering around and took some more pictures of the fashion I saw in the stores. I was yelled at by one woman that pictures were not allowed. I asked why and she just looked at me, so I took some more. :P My thought was, what if I was trying to decide to buy the outfit and I needed someone else to give me their opinion. Silly sales lady, it's not like there was a flash on the camera. The clothes weren't even that cool, as you can see to the left.
Finally I wandered over to where the fans were. I was able to gesture to the sales lady that I needed a medium sized fan, and that it needed to oscillate. She showed me a couple that fit my description and I picked a lovely blue one. So now when Richard comes to stay he won't swelter to death at night. We also recently got a nice new mattress for the guest room, so if anyone wants to visit it's all ready for you.

We're thinking about going out for Sushi tonight. Hopefully it won't be pouring buckets of rain on us tonight like it was last night. We're thinking of checking out a place called Haiku, it's got pretty good reviews on the different sites we look at, well, that I look at, when trying to decide where and what to do.
As far as work goes, I've been handling coin approvals for games, traffic share ad approvals (those are the free ads the developers can use), and just handling support as usual. Bob just helped me install all the Adobe Programs on my computer so I can work on my Flash game and then get it up and running. I plan on making video tutorials of how to use the Mochi APIs. I'm excited!
I also have the RosettaStone program installed on my computer so I can start working on my Mandarin. I've been bad and haven't started yet, but I already know how to count and do some minor things which have been super helpful. I'm going to have to start setting aside time everyday to work on my Mandarin though, I want to be able to run about the city on my own and order food without wondering if it's going to be dog. So I guess learning food words should be my first priority. :)
I should probably take another look at the support queue, and do some picking up around the house. Look for the report of tonight's food excitement on the food blog.
Loves and kisses,
Margaret (and Bob)
Posted by Margaret at 1:21 AM